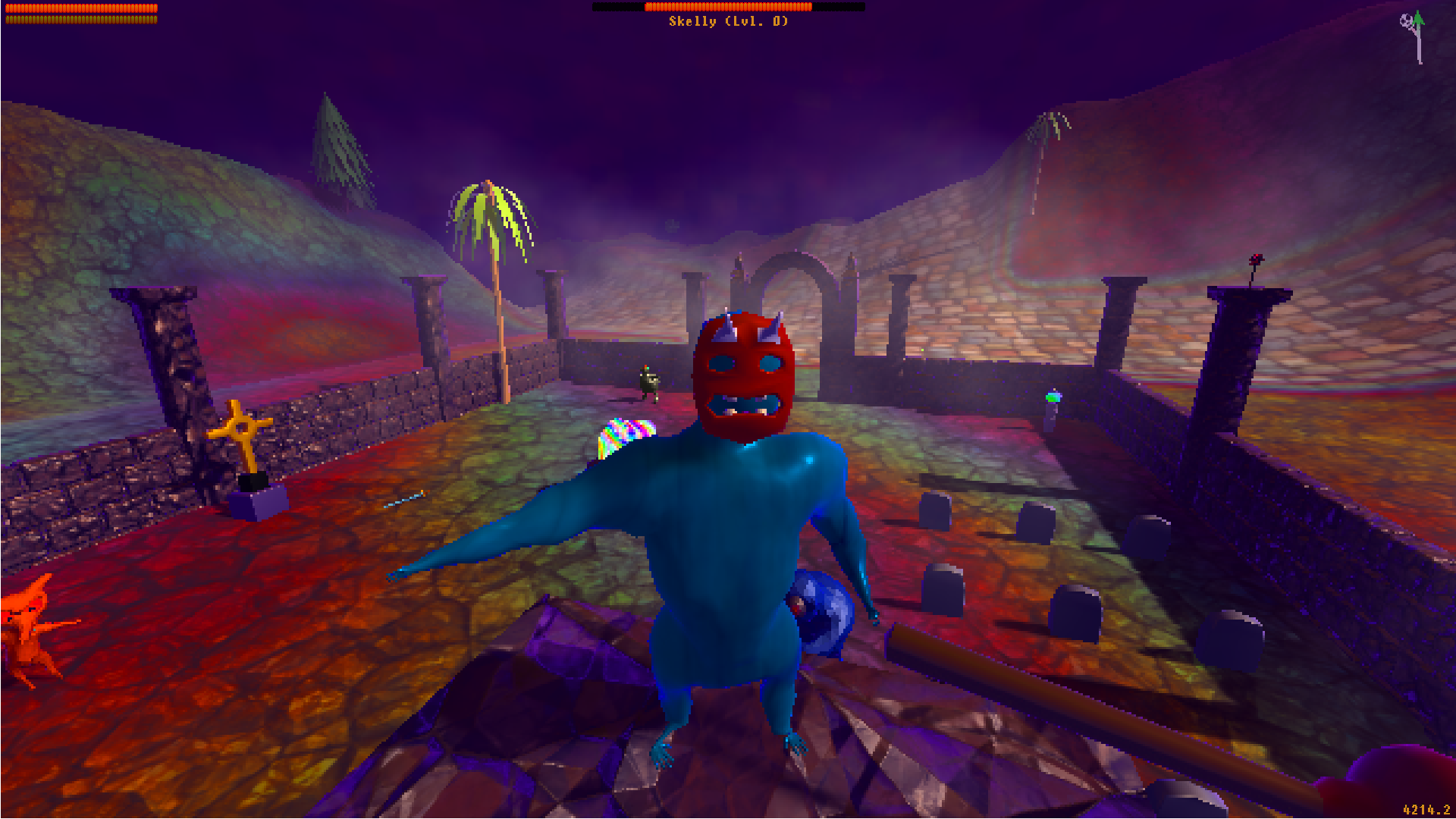 The long wait is over! We have a new terrain system that generates roads and can spawn any kind of structure we want out in the wilderness. Currently there are only empty buildings out there but the next step will be to add some forests/towns/dungeons/caves.

I meant to take a break and just do little updates for awhile but got carried away again with another update that required me to basically re-build the entire game. Along the way I've fixed some nagging problems we've had from builds as early as 0.0.1, and laid the groundwork for future updates to come a lot more easily. Hopefully the next updates will come much sooner than this one ^^

The world we've played on since 0.0.1 is finally being left behind, and I know it will be missed :/ So I figure I should mention that you can always install older versions of the game through the itch.io app by right-clicking the game and hitting Manage->Manage->Switch to another version...

I look forward to fixing whatever bugs I introduce here so we can finally get to some new areas! I'd like to put Hydrangela somewhere along with some other friends. Thank you all for playing and supporting the game up to this point :')

### Fixed
- Creator boss no longer launches himself
- Wearing a hat will not longer launch the player at lightspeed through walls/to their death
- Savefiles containing items that aren't in the item database will no longer crash the Inventory system
- Player no longer stretches/bounces around inside car, instead they shrink to 0 and freeze (for now)
- Car no longer keeps driving after player exits while holding forward

### Fixed
- Creator no longer launches himself when firing pollywogs

Who can tell me where the 0.1.8 version of weapons traders and weapons craftsmen are？

where is the mod?

I love the style that this game has and I was very pleasantly surprised that the gameplay is really fun too. Really hope that this game gets more fleshed out in the future.

I love this game and I have been here for a while now. I like how it is evolving and getting better with every update you make :) This is an RPG, right? And you know how there is this function in almost every good rpg? It's called fishing. Would be soooo nice if you could make ponds, but simple ones, the ones everyone likes: Just craters in the ground filled with water and a stone here and there. Maybe some cat tails around the pond, not everywhere, just some chunks. And now to the fish. They should look like normal fish but with more or less human faces, different sizes but same color, alpha fish with different color and color patterns, can be fished with a fishing rod, if killed they just sink to the bottom, if catched with the rod you can put them in your inventory, the bigger the fish the more space it needs in the inventory (obviously), the bigger the harder to pull out, they can not harm you in any way possible. The point of the fish is that you can slurp their juice. I know this sounds like a lot of work and it probably is, but I just wrote my idea that I would love to see in the game :)

Your suggestion is good. Consider me a tentative fan, if it ever enters consideration.

I'd also like to add, perhaps it could be that some fish can be used very effectively as weapons.

Yeah I didn't think of using fish as weapon. Maybe the alpha fish should have legs.

I wonder what the play area is. If it's surrounded by plywood, then we should be able to break out of it, right? Maybe with a juice rocket, since you did mention that there will be space stuff.

sounds great!! i'd love to see what becomes of this wonderfully weird title in the future

The game is looking great. Keep up the hard work.

I think you should make it so higher difficulties give better items.

I will miss the old map

yeessssss, this game is the best and I am loving how its community is growing and the game itself is improving. however, I want to point out just as a suggestion, don't get carried away with the idea of generating new biomes and structures so that you don't end up creating another Minecraft game. this game has the potential of having its own story as well as some multiplayer platform. really interested in seeing what's it gonna be in 1 year from now.

Suggestion, I think it'd be neat to be able to destroy the buildings, like with the pineapple or something. Also, do you plan to add any sort of multiplayer function in the future?

why is there no people in the buildings out of nowhere

Thank you for telling me! Yeah fixing her is a priority